Showing posts from November, 2019
Show all

I pretty regularly perform searches for things related to blogging and entrepreneurship. I do it because I usually end up learning something new, but also because it helps motivate me. Whenever I feel like procrastinating or delaying my writing or content creation , I look for things (often blogger success stories ) which help me keep my larger vision of running a blog with a large readership in mind. I was doing that sort of motivational searching today and found a few great videos that share some great advice to bloggers about how to grow and find success. I started my search in YouTube for Yaro Starak. Yaro Starak on Creating Pillar Content Yaro Starak is an online entrepreneur and blogger who helped a lot of other bloggers get their start by teaching them how blogging and monetizing a blog can work through his "Blog Profits Blueprint". That Blog Profits Blueprint is a free e-book that he gives away in exchange for joining his email list. I mostly know ab
Post a Comment
Read more 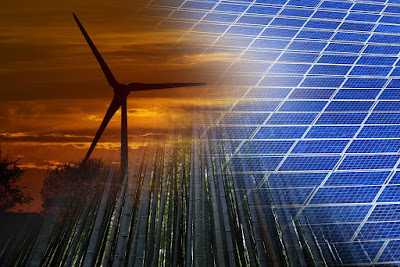 The world runs on energy.  Without a steady supply of ready-to-use energy, the world would fall apart very quickly.  The progress humanity has achieved and the abundance and standard of living we’ve become used to is possible because of available energy. When we discovered fossil fuels and the many sorts of products that could be distilled from crude oil, we had found our cheap and abundant energy source which would power invention, innovation, and industrialization.  Fossil fuels have been abundant and cheap and therefore have been factored into the use of anything whose priorities have been widespread adoption, mobility, and cost-efficiency. Most notably, fossil fuels are heavily used in the production of electricity and in powering transportation in the form of cars and trucks. Fossil fuels have a major downside, though. They aren’t renewable. When we’ve used all there is, there won’t be anymore coming around. If one totally ignores or sets aside the entire iss
Post a Comment
Read more

When people are new to blogging and they are trying to research what makes a good blog post or how to improve their blog’s performance measures through their content, a certain type of advice comes up almost every time. “Write the BEST content on your article’s topic.” “Make your article better than every other article on the web.” “Make your post the definitive, most detailed resource available.” “If someone finds your article, they shouldn’t need to look for any other information anywhere else because your post will be so complete that they will have learned all they need to learn about the subject.” This is a wildly intimidating goal to set for your content, and unfortunately, while the intention of setting a lofty goal is that you will end up achieving better results for it, what most often happens is that you will develop a fear of failure and that will prevent you from even starting. Which is the worst possible outcome. Even a failure that gets finishe
Post a Comment
Read more
More posts